There are a number of people who might have an interest in the well-being of a child. Parents, family members, and friends often become concerned when a child is being mistreated or is not being well cared for, according to what they see. Many want to take action as a way to help the family or child. Some try to accomplish this by filing a custody action in California courts. However, not everyone will have the legal ability to do so. Knez Law Group is comprised of highly knowledgeable and skilled child custody lawyers serving Riverside County and the Inland Empire.

In California child custody cases, a person seeking some form of custody of a child must have legal standing to file a case. Standing is the legal right to bring an action because the law finds that you have a sufficient connection or interest in a case. While custody is common in divorce cases, their are other types of cases that handle custody that are still under family law.

In California, there are many different types of standing in custody cases. A few of the methods individuals typically used to obtain legal standing include standing as a parent, guardianship, and standing of a non-parent using in loco parentis status, which means in place of a parent. If you or someone you know is interested in filing a custody petition or already involved in custody proceedings including a divorce, Knez Law Group has significant experience working with clients involved in divorce, custody & visitation cases. Call (951) 742-7681 to schedule a consultation with an experienced Riverside child custody lawyer today. We will schedule you to discuss your matter with an attorney directly.

Generally, there are two types of custody that a court will award as follows:

Physical custody is the court’s power to grant one or both parties the right to spend time with the children. Depending on the child’s age and location in relation to the parents, and the conduct of the parents, the court may grant primary physical custody to one parent while the other has visitation, or the court may grant shared or joint physical custody where both parents spend an equal amount of custody time with a child. The courts do not favor sole or joint custody over the other, rather they look to the best interest of the child in the given set of circumstances.

Modifications of Child Custody. In many cases, there are changes that occur that result in the need to modify a custody order or agreement. If the parties cannot agree on the changes that must be made, the parties must petition the court for a ruling. Depending on whether there is a final or permanent order, the court will require the party seeking to change or modify custody to show a substantial change of circumstances.  However, under some circumstances, the party seeking to change or modify custody only needs to show that it is in the best interest of the child to change custody. The court will look at a number of custody factors to determine how an order must be changed to serve the best interests of a child, including the health, safety and welfare of the child, any history of abuse, the relationship of the child to the parents, the ability of the parent to co-parent, the nature and amount of contact the parent has with the child, and any substance abuse.

Parent Relocation (“Move-Away” Cases) Sometimes, parents wish to move to another county, city, state or country. A parent has a constitutional right to relocate, however that does not mean a parent has a right to relocate a child without the consent of the other parent. When a parent decides to move, he or she must think about all of the implications that a move can have, especially on a current custody order. In California, parents must obtain the court’s permission prior to relocating if they are planning to take any children with them. Move-away cases can become very complex as there are a number of factors the court will consider to determine what is in the best interest of the child and whether a move will cause detriment to the child. The Knez Law Group has worked with both the non-relocating parent and the relocating parent to preserve custody and/or visitation rights when a move-away is involved.

Child custody & visitation proceedings have an impact on the entire family. To protect & apply your legal rights contact the Knez Law Group today at (951) 742-7681. We can get started today to help you protect your physical or legal custody rights.

Being a smaller firm, Knez Law Group has a reputation of providing personal attention to their clients while providing effective legal solutions in the areas of child custody, child visitation, custody & visitation modifications in Riverside County Courts.

Senior partner, Fred J. Knez, founded the firm based on the belief that solid legal representation requires a commitment to the client’s needs and a focus on successful results. At Knez Law Group, we pride ourselves on one-on-one relationships with our clients, and a legal team dedicated to effective representation. 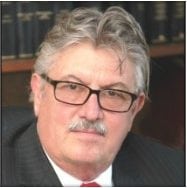 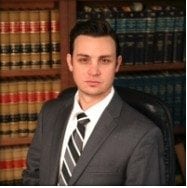 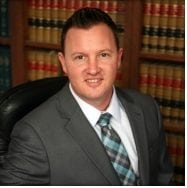 A Smart Approach To Legal Service

Knez Law is a father and son law firm serving Southern California. Being a smaller firm, Knez Law has a reputation of providing personal attention to their clients while providing effective legal solutions.